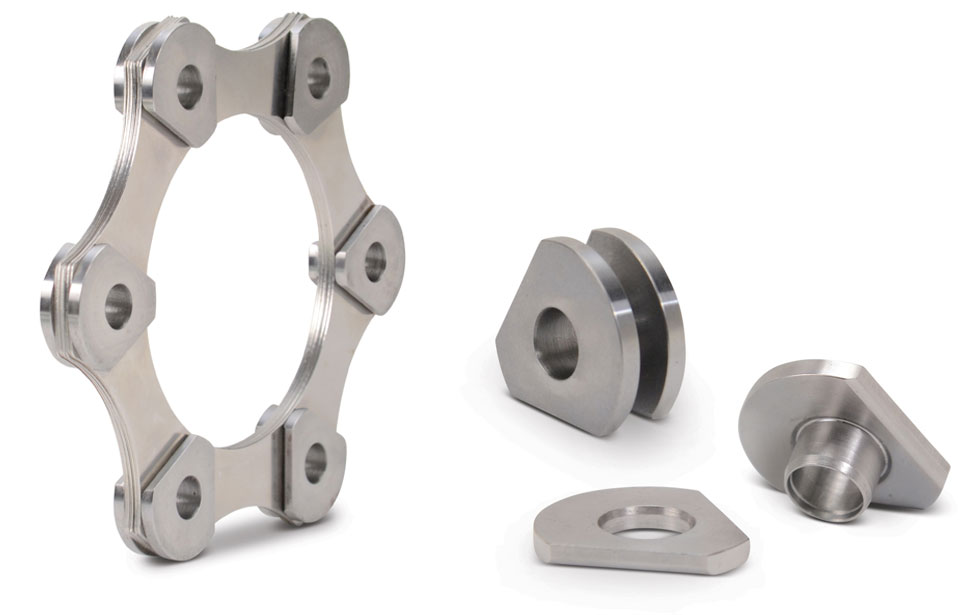 Blade failures where the disc material bent around the traditional round bushings.

Flexible couplings for critical equipment must accommodate angular and axial movement due to thermal growth. In steam and gas turbine applications, machinery shafts, casings and piping expand as their temperature increases. 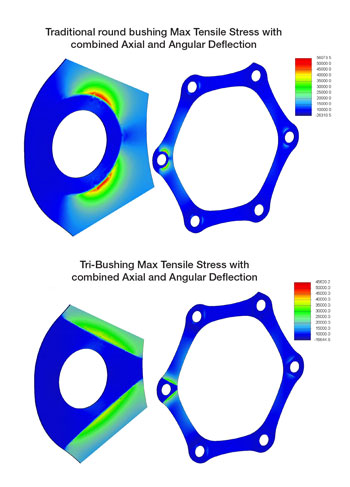 FEA stress comparison of a typical round bushing and a Tri-Bushing™.

When axial deflection is significant, spacers are purposely made short to stretch the coupling statically. As the machines grow toward each other, the coupling is designed to grow into its neutral, relaxed position. In many cases, however, couplings must operate in a compressed mode to handle this movement. Extensive FEA testing has shown that when approaching the axial limit of a disc coupling, while accommodating for angular mis-alignment, the disc packs become highly stressed in the area around the traditional round bushings.

Traditional round bushings installed on a scalloped flex element/disc pack.

Utilizing this new bushing design can increase a couplings axial capability by more than 33%. Given this significant increase in axial growth capability, in many applications, coupling designers no longer need to upsize their coupling to accommodate this growth. In addition to the cost-saving benefit, lateral vibration problems may be avoided with a smaller coupling.

The new Tri-Bushing design from Altra is now available for use in all new Ameridrives, Bibby Turboflex, TB Wood’s and Lamiflex disc couplings. New disc packs with Tri-Bushing technology can also be retrofitted into existing couplings as part of repair or rebuild services performed at various Altra coupling facilities around the world.