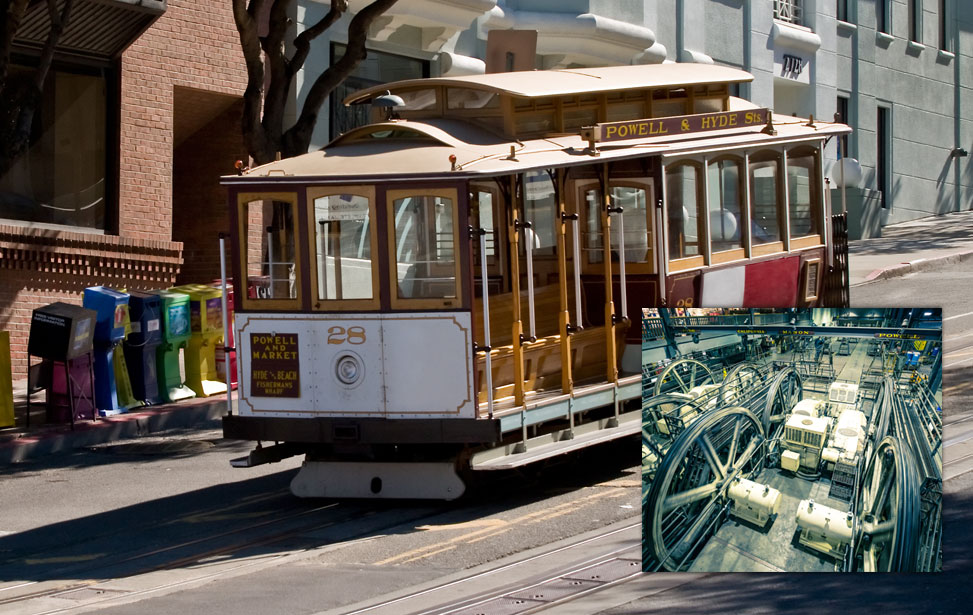 Originally installed in 1982, the gearboxes on the iconic cable car system had eclipsed their design life and were in dire need of overhaul.

The large gearboxes are positioned between 300 HP electric motors and massive 19,000 lb., 18 ft. diameter sheaves that drive the continuously-running cables installed beneath four streets in the city. The gearboxes are all housed in the Cable Car Barn Museum and Powerhouse, where the entire drive system can be viewed by the public.

Based on Nuttall Gear’s extensive experience in major, highly visible public works/infrastructure projects, including drives on the six massive bulkhead gates on the Folsom Dam auxiliary spillway in Sacramento, the SMFTA awarded Nuttall the contract to inspect and rehabilitate the four primary gearboxes.

After the first gearbox was delivered and inspected at the Nuttall facility in Niagara Falls, New York, it was determined that the original gearing could not be saved due to excessive wear, including large sections of broken gear teeth. The Nuttall team reverse-engineered the required gearing and furnished the SFMTA with certified construction drawings of the complete upgraded gear sets.

The inspection also revealed that the gear couplings connecting the gearboxes and motor shafts had reached the limit of their wear life and needed to be replaced. Nuttall engineers also redesigned the original force-fed gearbox lubrication system to include customer cooler connections.

Nuttall technicians were required to be on-site for each 8-day installation outage and approve the final results of the initial testing with cable cars on the line.

Custom Amerigear FD-107 sliding couplings were designed specifically for the cable car drives. If the electric drive motor on one of the cable car routes goes down, the FD107 coupling allows two gearboxes to be driven from the same motor, so there is no loss of service. 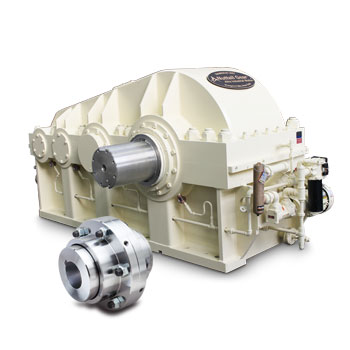